Diversity is a beautiful thing. The world is diverse. It’s made up of different languages, which are all different but all the same at the same time. We need them to communicate with each other but we aren’t just limited to the ones that we know. We can use the knowledge that we have to learn a new one. As we learn more, it becomes just a little bit easier while opening many doors for opportunities.

Coding is diversity in the Computer Science world. There are many different languages (Java, C#, C++, Python, HTML, and so many more). We can code with people around the world and is universal but each culture has their own way of implementation. We aren’t limited to one language; we can learn them all if we wanted! As we get more familiar with the code, we can go on to bigger projects and can open doors to jobs, competitions and scholarships.

But where do we begin?

“ Joining the [Computer Science] world is like trying to take down a castle with a butter knife.”

James Maa, who had a rough start in coding, has written A Guide To Computer Science. Coming from someone who has a similar experience as I did, I thought his interpretation of the learning curve was pretty spot-on. I’m borrowing this picture from his guide: 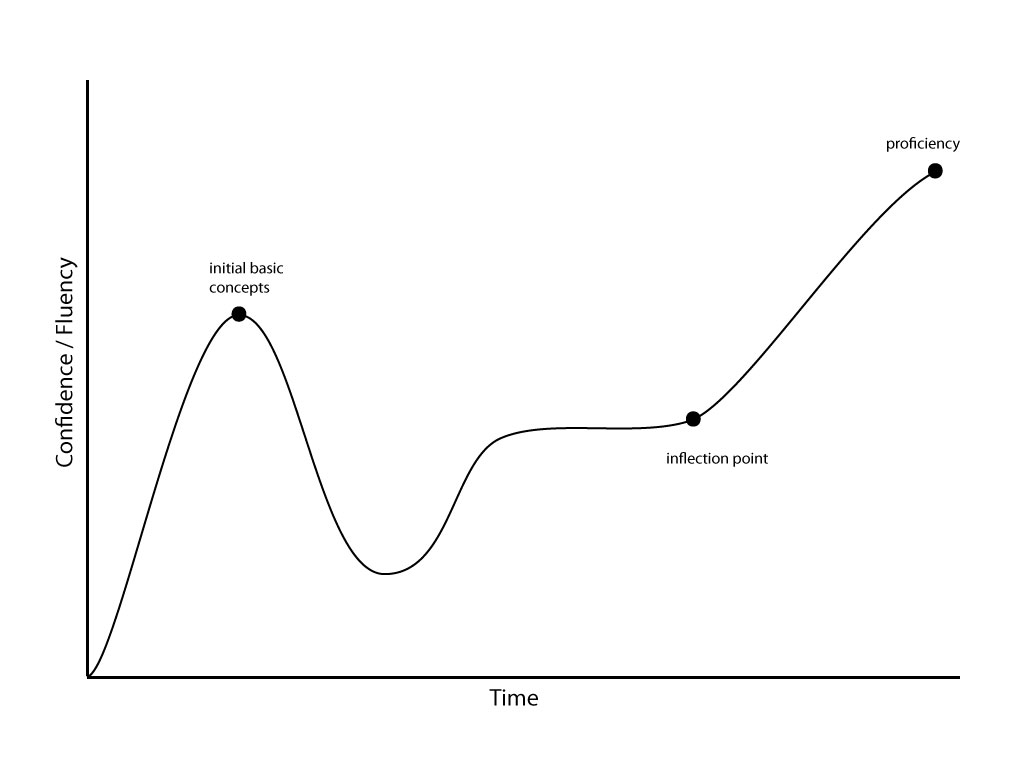 Your first days (or first year) of Computer Science will be rather fun (if your little fingers keep up with the professor’s tutorials!) You’ll make SpongeBob out of shapes using only code and math (WOW!) and figure out to print out a string (writing text on a white screen) and figure out how annoying the words, “Hello World!” really is. I’m not sure if this will happen to you (it happened to me) but then you’ll get a wall where you understand concepts but you just can’t hurdle that wall. This will take willpower where you need to do (A LOT) of work out of classes.

A Google search tells me that it takes 10,000 hours of practice to become an expert at something (Read more here). At this bald stage of your Computer Science career, you are probably only at 200-400 hours, if even. Like many other things you’ll do or have done in your life, it takes practice and a long period of grueling work where you can’t see the light at the end of the tunnel.

It’ll come to you.

You’ll eventually see the light, sprint your way out, and see the scenery one the other side and just sigh in relief. Then, you’ll probably want to learn a different language and start all over again…